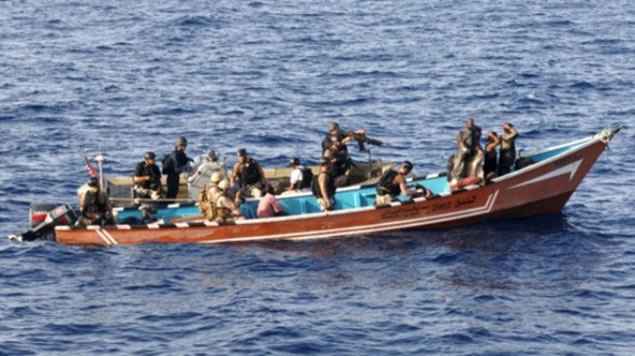 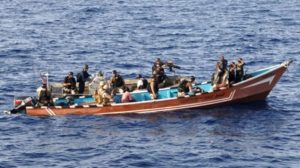 New convictions of pirates caught in the Gulf of Guinea since last year are boosting the chances that law enforcement in West African waters is on an upward swing.

The Maritime Executive reports that in the first trial of its kind, a court in Togo convicted and sentenced nine individuals to jail for acts of maritime piracy.

The case stemmed from a 2019 incident during which the pirates boarded a small tanker and robbed the crew before being apprehended by the Togo Navy.

“People should understand that piracy and armed robbery at sea will be punished,” a prosecutor on the case told the court. “For these sea offenses,” he promised, “we will be uncompromising.” The small African nation, located along the troubled Gulf of Guinea, had amended its penal code in 2015 to include acts of maritime piracy. While the pirates were captured in 2019, the prosecution was carried out by a new government that was named in October 2020.

A total of 10 individuals, including seven from Nigeria, two from Togo, and one from Ghana, were charged with maritime piracy, voluntary violence, attempted robbery, and being part of a criminal group. The court found that a Nigerian, Peter Paul, was the mastermind of the group that had attacked the tanker. He was sentenced to 15 years in jail, fined $90,000, and once released from prison he will be banned from Togo for five years.

Six other individuals were found guilty of being part of the group and each was sentenced to 12 years in prison and each fined $45.000. A seventh individual who was from Ghana and escaped custody was found guilty in absentia and sentenced to 20 years in prison along with a $90,000 fine. An international arrest warrant was also issued for this individual. The tenth person who was from Togo was acquitted for unexplained reasons.

The incident began on the night of May 11, 2019, while a 1,433 dwt tanker, the G-Dona 1, was anchored off Lome, Togo. After boarding the vessel, the pirates detained the crew and forced the vessel to sail away from the anchorage. The pirates were searching for the crew’s valuables when the Maritime Operation Center and the Togo Navy in its operation room observed the vessel making erratic movements. A call from the ship’s owners reported that the vessel had been attacked, and a call to the ship received a vague response. The Togo Navy dispatched two patrol boats that intercepted the vessel and using a speedboat the Navy boarded the ship and apprehended the pirates.

The capture happened approximately 25 nautical miles from the anchorage at Lome on May 12, 2019. The vessel was returned to the anchorage and the crew was reported to be unharmed during the incident.

The second major conviction concerned a Federal High Court sitting in Lagos, last weekend, which sentenced 10 pirates to a total of 48 years each in prison under the Suppression of Piracy and Other Maritime Offences (SPOMO Act), for hijacking a Chinese fishing vessel, FV Hai Lu Feng II, in May 2020.

A press release from the Nigerian Maritime Administration and Safety Agency (NIMASA) reported that Justice Ayokunle Faji sentenced the defendants 12 years each on all four counts as charged, although the 48 years imprisonment is to run concurrently.

In addition, each convict was fined a total of N10 million.

They were arraigned in July 2020 by the Office of the Attorney-General of the Federation (AGF) for allegedly hijacking the Chinese vessel in international waters off the coast of Cote D’Ivoire.

According to a statement by Edward Osagie, NIMASA’s Assistant Director of Public Relations, the agency’s Director General, Dr. Bashir Jamoh, said that history has been made as a huge vacuum has been filled in the battle against maritime crimes in Nigeria and the entire Gulf of Guinea.

‘‘Today history has been made, our industry has made a huge leap in the battle to rid our maritime domain of illegalities. We are not going to rest on our oars as we now have a tested legal instrument like the SPOMO ACT which is a major tool in Nigeria’s quest to end piracy in the Gulf of Guinea”, Jamoh was quoted as saying.

Book on NNSL, BSL Out Now