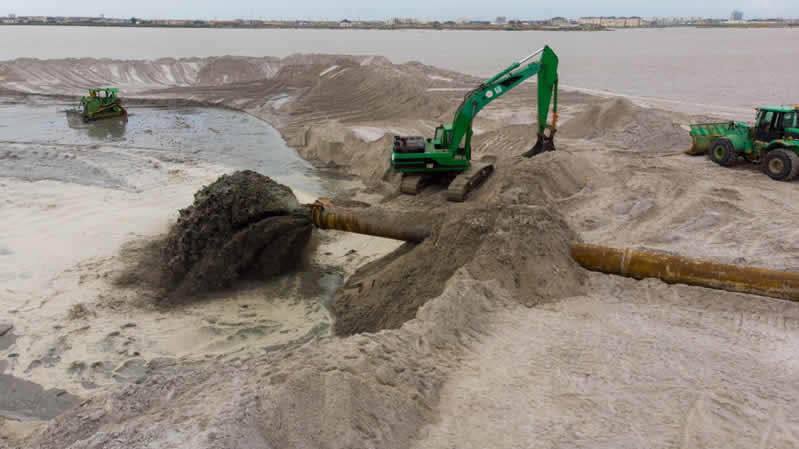 The Nigerian Port Authority (NPA) recently retraced its steps on the proposed construction of a deep-water port at Badagry citing the ill-advised concentration of such facilities in one section of the country.  This is commendable if the decision was made in the spirit of geographical balancing, economic altruism and the quest for rationalization of port infrastructures nationwide.

The $2.6b proposed deep-water facility is the baby of the Maersk Line-AP Moller Terminal consortium, on the one hand, and on the other, the NPA, which usually takes a stake in all port developments on behalf of the Federal Government based on the 1954 Port Act. The Authority’s shareholding in every port or jetty investment in the country is deemed superior to all other shareholders despite the size. This was the right NPA wielded last month when it suspended action on the port proposal for infringing on the Authority’s statutory mandate. The reason is covered by the greater need to preserve the sovereign right of the country to secure the national interest.

The statement released by the Managing Director of NPA, Ms. Hadiza Bala Usman, said that “some of the responsibilities of the government were taken and put in the OBC [Outline Business Case] for Badagry port.” In other words, the port operators proposed that critical functions such as marine services (including pilotage), which ought to be common user services, be appropriated to the concessionaire contrary to the provisions of the Port Act which vested such roles in the landlord. Thus, the NPA action was holistically salutary in view of the challenges the Lagos ports system had been having in the past few years delivering cargoes to the hinterland.

It is worth repeating that an intelligent nationally-balanced port operating system should have automatically taken care of the Lagos port congestion problem if not for the present distribution of cargo handling which is skewed against the Niger Delta ports, with some of the latter remaining idle or under-utilized most of the times. Many factors have been blamed for this problem, including the civil war policies and their aftermaths, ethno-regional political discrimination, the historical popularity of the Lagos commercial space versus the rest of the country, the fear of pirate attacks in the perceptibly solitary Niger Delta waterways, and higher overall cost of ship calls to most Niger Delta ports, leading to higher freight rates for cargoes destined there and low preference by port users.

In summary, majority of importers, clearing agents and freight forwarders continue to choose Lagos ports as the preferred destination for their cargoes.  This trend, in turn, perpetrates the seemingly uncontrollable congestion of the gateway, with such fallouts as the crippling Apapa traffic gridlock of recent memory.  One of the popularly-adduced solutions to the gridlock is the rationalization of port infrastructures aimed at reactivating the dormant Niger Delta ports to handle more ship calls and reduce the pressure on Lagos.

Part of the strategy includes reviewing the deep-sea and deep-water port locations in the country to ensure that they make sense for spatial coverage of both national maritime commerce and the efficacy of hub port economics. The latter role is the primary use of deep-sea and deep-water ports.  The NPA position was anchored on this premise – that such gargantuan projects should not be cited so close to each other that they become uncompetitive locally or in the sub-region.