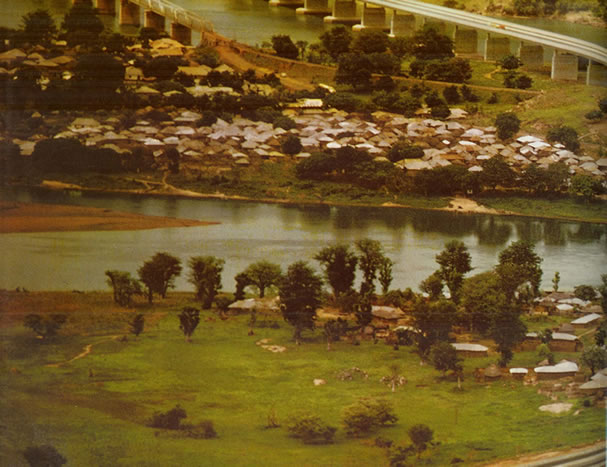 The Federal High Court, Awka Judicial Division, presided over by Justice Nnamdi Dimgba, on Monday, told National Inland Waterway Authority, NIWA, that it has no right to interfere with proprietary or property rights of individual, groups and generality of Nigerians, according to The Vanguard.

NIWA, through its Area Office, Onitsha, had sealed the property of Lake Petroleum Limited Onitsha, claiming ownership of the land, thereby preventing some members of the Incorporated Trustees of Sand Miners Association of Anambra State, who are tenants to the the Petroleum company from carrying out their business in their sand pits in the property, at the land by the bank of River Niger.

However, Lake Petroleum Limited Onitsha, through its lawyers, The Firm of G.E Ezeuko(SAN), dragged NIWA to Federal High Court Awka, in a No. FHC/AWK/CS/51/2020, seeking to know if NIWA, under the Land Use Act, can take lands rightfully belonging to individual members of the society.

Delivering judgment in the suit, the Court decided that NIWA Act does not give it power to interfere with the property right of Lake Petroleum Limited Onitsha or Nigerians generally and therefore, granted a perpetual injunction restraining NIWA from appropriating individuals land around the waterways, on the grounds that what the Right of Way, which is the statutory right NIWA has along the waterways, did not give it the powers of owning land property as specified by the Land Use Act.

He said the substance of the judgment is that NIWA Act is inferior to Land Use Act, that is NIWA cannot interfere with proprietary or property right of Lake Petroleum Limited or Nigerians generally.

He said that the NIWA Right of Way cannot be converted into Right of Ownership of land around the waterways.

“The court judgment is so pleasing to us because it has resolved the issue of whether NIWA, can go into somebody’s land or not.

“Prior to this Suit, we had earlier commenced an action and got judgment against NIWA in a different suit, which says that NIWA cannot collect unauthorised dues and levies from sand miners, so the two cases are very important, they show the limitations of the operation of NIWA’s Act.

“Now if you put the two cases together in addition to the decision of Court of Appeal Lagos Division, against NIWA in 2014, the excesses of NIWA has been cleanly curtailed.

“The extortion by NIWA against sand miners is illegal and unlawful, it is fraudulent because NIWA is aware of the limitation of their powers as contained or based on Section 76 of Nigerian Mineral and Mining Act 2007, which by that Section 76 expunged the application of NIWA Act in respect to Sand dredging and other activities.

“We are, therefore, calling on the Presidency, the Attorney General of the Federation and Minister of Justice, together with the supervisory Ministry, the Federal Ministry of Transport to call the Managing Director of NIWA, Chief George Moghalu, to order to stop embarrassing them and the country.

“The excesses of NIWA must be curtailed by calling its Managing Director to order, otherwise, they will continue to expose the President, the Attorney General and Minister of Justice and the Minister of Transport to ridicule.

“Nigeria is governed by law and today that has been affirmed by the Federal High Court, Awka Division, that NIWA must do what is lawful, NIWA must do that which is lawful they cannot do otherwise.

“You are clearly standing on a solid ground when you say that NIWA has no right over lands along the River Niger, that are vested in property owners, the only right NIWA has is right of entry and exit, to enter and to come out.

“They cannot keep anything there because we filed a suit on control and possession of land.”

“We called NIWA to interpret whether NIWA Act, supersedes Land Use Act and the Court said capital No, that is what the court said.

“NIWA is intentionally embarrassing the Federal Government of Nigeria in their bid to fraudulently collect money from Igbo businessmen.

“I use that word fraudulently, with a clear conscience because NIWA is aware under Section 76 of Mining Act that they have no such powers over Land Use Act, and they have been extorting money from Onitsha businessmen since 2007.

“With this judgment, the tenants of Lake Petroleum Limited Onitsha have absolute right to go and open their sand beaches or pits illegally sealed by NIWA to continue their business.

“We have already intimated the state  Commissioner of Police,  DSS, Nigerian Army, Nigerian Navy, EFCC and NSCDC, about the judgment, of the Courts against NIWA and the intention of our clients to open their pits.”

Culled from The Vanguard.