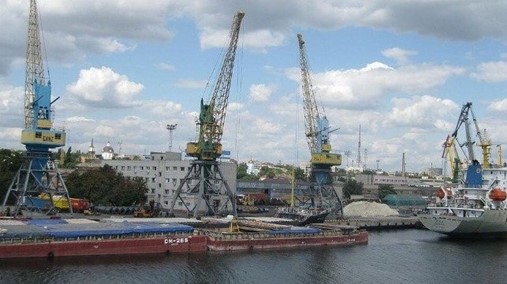 The Ukrainian port city of Kherson has fallen to the Russian advance, mayor Igor Kolykhaev confirmed in a social media post on Tuesday. After days of bombardment and street fighting, Russian forces penetrated the city center and reached a mutual agreement with the city government.

“I made no promises to them. I just have nothing to promise. I am only interested in the normal life of our city,” said Kolykhaev.

The occupiers have instituted a nighttime curfew, restrictions on public movement and strict rules on motor vehicles. Kolykhaev said that he has asked them to assure the safety of civilian lives and provide for a humanitarian corridor for food supplies, which reportedly ran low during the fighting.

“So far this is how it is. Ukrainian flag above us. And to keep it the same, these requirements must be met. I have nothing else to offer yet,” he said.

Kherson is an inland port on the Dniepr River, and it handles about four million tonnes of cargo per year. For Russian forces moving out of Crimea, Kherson is a strategic point on the road west to Odesa, Ukraine’s largest seaport.

To the east, the situation in the port of Mariupol – which has been encircled and cut off by the Russian advance – is reportedly much worse. The city’s deputy mayor told BBC that residential areas have been “heavily bombed” in the course of half a day of “continuous shelling,” and a humanitarian disaster is approaching.

“We cannot count the number of victims there but we believe at least hundreds of people are dead. We cannot go in to retrieve the bodies,” he told BBC’s Joel Gunter. “Russia does not fight with their army, they just destroy districts.”

Ukrainian forces continue to target Russian Army supply lines near Kherson, and fighting continues on the road to Odesa. Nationwide, Ukraine’s numerically smaller force has inflicted an estimated 2,000-5,800 losses on the Russian military to date, according to Western intelligence assessments. Ukraine has also sustained heavy losses, estimated by U.S. officials to number in the range of 1,500 military personnel.

Open-source intelligence community reporting suggests the documented loss of about 490 Russian combat vehicles to date, including 56 tanks and 52 armored fighting vehicles; these numbers represent only photographed and geolocated examples, and the number may be higher. The count has risen rapidly, reflecting the mobility and coordination issues affecting Russian mechanized units as well as the effectiveness of NATO-supplied antitank weapons.