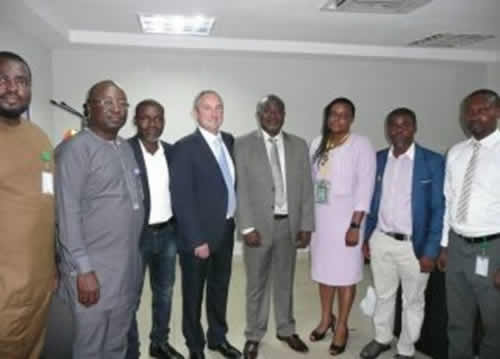 Anthony D Bates Partnership (ADBP) has been appointed by the Nigerian Ports Authority to carry out the Project Management and Co-ordination of Dredging and Channel Design Optimization studies for the country’s primary rivers.

These include the Calabar, Bonny/Port Harcourt, Lagos and Escravos pilotage districts.

Under the agreement, ADBP will assist with the procurement and supervision of a suitable company to provide Channel Design Optimization Studies for each district.

The reason for the need to review the dredging and channel design in each of the four areas is because the maintenance dredging costs are very high and there is concern that the existing maintenance regime may not be the most efficient possible, said ADBP.

The studies will include:

Commenting the latest news, the Governor of Ondo State, Arakunrin Oluwarotimi Akeredolu, said that the amphibious excavator is required in the state for dredging and clearing of waterways, as well as for temporary channelization in the state.

At the commissioning ceremony on Tuesday, July 9, Akeredolu said that, due its geographical location, the state is prone to flooding, especially during the rainy season.

“It’s anticipated that this will no longer be a problem as the amphibious excavator (swamp buggy) would be used to combat perennial flooding problems ravaging various parts of the state,” he said.

The governor added that it became imperative to procure the amphibious excavator, following the need to replace an old and faulty one acquired in 2015, which was no longer in good working condition to tackle the challenges encountered across the State.