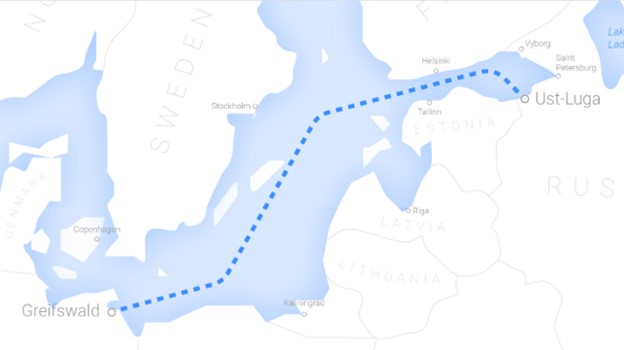 The Swiss business entity behind the suspended Nord Stream 2 pipeline project has laid off all its staff, according to Swiss officials.

The Maritime Executive reports that Nord Stream 2 AG, a subsidiary of Russian state-owned gas company Gazprom, confirmed Wednesday that it has laid off all 106 members of its staff. Though it has ended business operations, it denied earlier news reports that it has filed for bankruptcy.

“We cannot confirm the media reports that Nord Stream 2 has filed for bankruptcy,” it said in a statement to Reuters. “The company only informed the local authorities that the company had to terminate contracts with employees following the recent geopolitical developments leading to the imposition of US sanctions on the company.”

The end of business operations follows less than a week after the German government suspended the operating permit for Nord Stream 2. The $11 billion pipeline project is fully complete, but last week, the administration of German Prime Minister Olaf Schultz decided that it will not be activated due to Russian aggression against Ukraine. Shortly after, the United States imposed stringent sanctions on Nord Stream 2 AG, giving counterparties until March 2 to wind down their business relationships.

German oil and gas company Wintershall Dea announced on March 2 that it would write off its $1.1 billion investment in Nord Stream 2, citing Russian aggression in Ukraine. “The brutal attack is causing unimaginable suffering and marks a turning point,” the company said in a statement. The consortium that financed the existing Nord Stream 1 pipeline has come under pressure to suspend its operations as well. Nord Stream 1 has been in operation for more than a decade and has run at full capacity for years, carrying Russian gas to the German market. One of its backers, energy company E.ON, told Rheinische Post on Monday that shutting down the line’s operations would be out of the question.