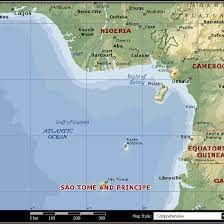 A 5,550 TEU containership suspected to be TONSBERG, has been attacked in Gulf of Guinea 38 nm SW of Bioko island southwest coast, Equatorial Guinea, at 1430 UTC Dec 13, according to Daily Trend.

Reportedly, pirates boarded the ship and kidnapped 6 crew. The ship’s ID was not disclosed, but all data point at container ship TONSBERG, which was en route from Cameroon to Cotonou, Benin.

As of 1820 UTC Dec 13, the ship was adrift near attack site, with Danish frigate ESBERN SNARE nearby.

The Danish Navy vessel is attending to the containership and providing medical assistance, with 1 crew member reportedly injured.

Vessels in the area were advised to increase vigilance, as pirates may attempt to attack other ships.