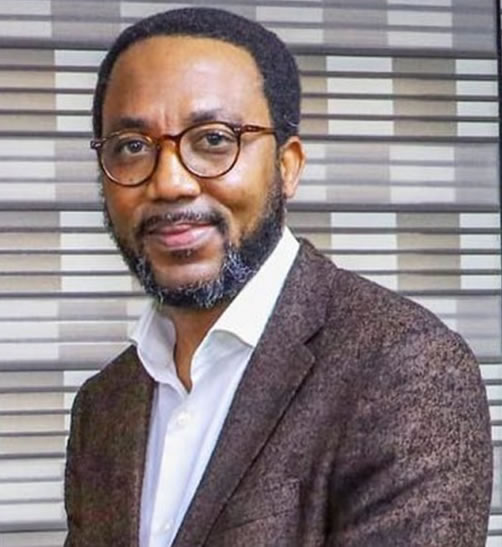 President Muhammadu Buhari has confirmed the appointment of Mr. Mohammed Bello-Koko as the substantive managing director of the Nigerian Ports Authority (NPA).

Bello-Koko, formerly the Executive Director of Finance and Administration, was appointed the acting managing director of the NPA in May 2021 following the suspension of Ms Hadiza Bala Usman, based on the recommendation of the Minister of Transportation, Rotimi Chibuike Amaechi.

Amaechi had said the former managing director failed to act on official directives aside from allegations of monies NPA failed to remit to the Federation Account.

According to him, “Part of the responsibility of [the] Minister of Transportation from time to time is to give general instructions as it affects parastatals that are under the Ministry of Transport and give general directions where you think the parastatals should head to. With NPA, I think it was just completely shut out and we didn’t know what was going on in the parastatal and we wanted to know. We sought the approval of the President to carry out an investigation and he approved, and we also sought for the approval of the President to ask the managing director of NPA to step aside so that she would not interfere with the process of investigation”.

However, in at least two letters, written to the Chief of Staff to the President dated 5th May 2021, and the Permanent Secretary of the Federal Ministry of Transportation dated 4th February 2022, Ms Usman defended herself on various ranges of allegations.

In the letter to the Chief of Staff to the President, Ms Usman countered the allegation made by the Budget Office of the Federation (BOF) about a shortfall in NPA’s remittances to the Consolidated Revenue Fund (CRF) of the Federation during her tenure as managing director of Authority, from 2017 to 2020.

The bone of contention here was the operating surpluses for the years in question which the BOF, for 2017 and 2018, put at N133.084 billion and N88.79 billion, respectively. On her part, however, for the two years, Ms Usman claimed that the accurate figures in line with the template of the Fiscal Responsibility Commission were N40.873 billion and N34.065 billion respectively.

The second installment of the letters was Ms Usman’s reply to a query issued her by the Permanent Secretary of the Ministry of Transportation covering a range of issues bordering on disregard to ministerial directive on channel management contracts and suppression of records; insubordination in the matter of procurement of the Truck Transit Park (E- Truck Call Up) project and lack of compliance with Treasury Single Account (TSA) regulations; insubordination in unilateral execution of aspects of the Lekki Deep-sea Port concession project; insubordination in respect of direct communications with other MDAs such as the Presidency, the National Assembly, Bureau of Public Procurement, Infrastructure Concession and Regulation Commission, etc.; breach of the Public Procurement Act in the emergency purchase of 28 utility vehicles at N1.277 billion after the ENDSARS crisis at over-priced rates; insubordination in the grant of waivers and rebates  to Dangote Cement on the annual export of clinkers, exemption on the payment of cargo dues to Neconde Energy Ltd in the matter of wastes from activities of OML 42, unilateral grant of waiver to Ports and Terminal Operators Ltd (PTOL) in respect of PTOL’s indebtedness to NPA, etc.; disobedience of court orders on the NPA/INTELS pilotage contract, the BUA Port Terminal B quay apron problem and the LADOL/Samsung dispute; and, the lease of Koko Port to Messrs Creek Shore Jetty and Terminal Ltd.

Ms Usman’s defense to the 10-point query was vigorous and backed by several documents such as letters from other MDAs, authorizations from the Ministry of Transportation and other MDAs, extant rules and regulations of the Civil Service, court judgments and internal records of the NPA, although she regretted that the task of answering the query while on suspension suffered the handicap of limited capacity to back her response with the full complement of office records.

On the purchase of the 28 utility vehicles, Ms Usman showed the sections of the procurement law which covered her authorization and the certificate of “no objection” issued by the BPP in support of the procurement which was covered under the law as “emergency procurement” while she alluded to a likely refund of any over-pricing.

Also, the waivers and rebates granted the operators were defended using several documents and the statutory autonomy of NPA to enter undertake transactions and the fact that contrary to the tone of the query that the waiver was given to certain operators, all operators were allowed to benefit from them.