The Jostle for Lagos Rivers 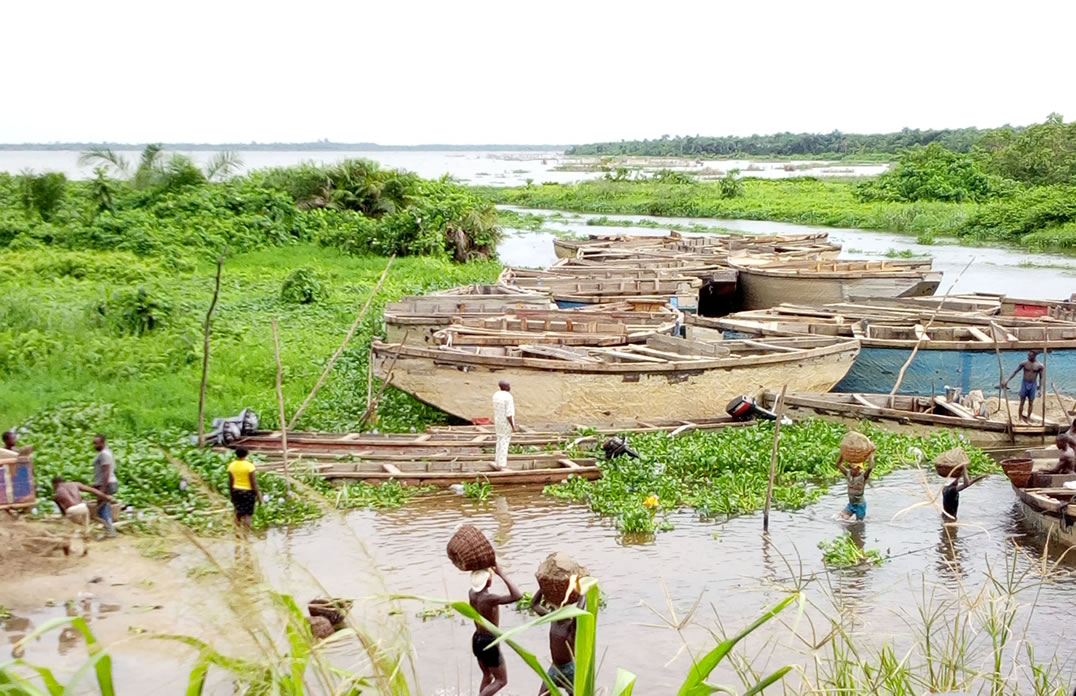 The Jostle for the Rivers of Lagos: NIWA, Lagos Govt, Fed. Ministry of Mines, to the Fray.

In a loud throwback to the erstwhile resource control campaigns of the former Niger Delta Governors, Alamesiegha, Ibori, Attah and Odili, the Governor of Lagos State, Chief Akinwumi Ambode is now in the eye of the storm concerning control of economic activities along the rivers of Lagos State. The principal contenders in the current fray are National Inland Waterway Authority (NIWA) on the one hand, and some Lagos State Ministries charged with regulating ferry activities, dredging and sand mining on land and rivers, principally, the Lagos State Waterways Authority (LASWA), the Ministry of Waterfront Infrastructure Development and the Ministry of Energy and Mineral Resources. The contention began in 2007 when the Fashola administration sent a bill for the promulgation of LASWA in the state. The Lagos State House of Assembly successfully revoked the NIWA Law in the state and passed the LASWA bill which Fashola signed into law. The fallouts pitted the Lagos ministries in pitched turf wars with the federal agencies, especially NIWA and the Federal Ministry of Mines and Steel Development (MMSD). At the time, the Federal Ministry of Transport, NIWA’s supervising ministry went to court on the instruction of the late President Musa Yaradua; the case escalated to the Supreme Court. However, it is yet to be decided, though intermittent clashes between the MDAs continued.

Following the double jeopardy suffered by dredging companies which had to pay both the federal and state agencies, the Dredgers Association of Nigeria also went to court. Two years ago, the court gave a verdict in favour of NIWA which was highly celebrated by the agency although the Lagos State Government appealed it. Thus, the ding-dong of court judgments and appeals continued unabated until the upsurge this year of violent confrontations between operatives of the contending agencies. The drama comes with the full complement of political rhetoric, legal perambulations and hastily convened public events where loud announcements are made about the legality of each side’s case. Usually, a promise is made for the protection of operators who obtain the licenses or registrations being demanded by the contending authorities.

The problem includes the regulation of dredging activities, sand mining and boating operations in Lagos State and who is recognized by law to do so. The National Inland Waterway Authority boasts of its pre-independence law which enabled it to regulate inland waterways and the administrations of all rivers in Nigeria. The law was refreshed in 1997 by a military decree and has been further updated by the National Assembly since the inception of the civilian rule in 1999. The jostle for the rivers of the state is predicated mainly on the exploitation of sand by mechanized dredging operation; a very lucrative venture in Lagos and Ogun States principally. The demand for the commodity became so high since the new millennium that it attracted new operators into the industry in droves.

To improve their chances of united action, dredging operators formed the association to establish a formidable front against the raw deal from the government of Governor Fashola, the first governor to question their sole use of the license from NIWA and coordinates allocated by the Federal Ministry of Mines and Steel Development (MMSD) to mine sand in Lagos without extra authorization from the state government. The rationale proffered by the MDAs which emerged in Lagos State to regulate dredging activities, sand mining and other activities done along the waterfronts or in the waters within the state, was first hinged on environmental concerns and security of life and property, with the allegation that those so licensed by NIWA and MMSD were operating with impunity and not in good subjection to the control of the state government. With such rationale, the law establishing the NIWA was revoked by the Lagos State House of Assembly to pave way for the promulgation of the Lagos State Waterways Authority (LASWA) Act. Also, the Lagos State Ministry of Waterfront Infrastructure Development (MWID) pressed to the fore and began to administer dredging and sand mining activities and imposed series of levies and charges running into multiple millions of Naira on an annual basis for the registration of dredgers, dry plants and sand stockpile sites. Each piece of equipment and each site was mandated to do separate registrations and licences. Thus, the licenses were non-transferable.

Armed with such legislations and accompanied by a joint law enforcement team headed by an Assistant Commissioner of Police, the Lagos MDAs would raid the sites of dredging operators to ensure that they had made the appropriate registrations of their dredgers, plants and equipment, and had ‘approved’ environmental impact assessment (EIA) papers for their dredging operations. This regime of enforcement made the dredging and sand mining industry in the State to become hostile and dicey. Some operators relocated to the relatively safer Niger Delta swamps to continue their business. The opaque implementation regime deployed by the Lagos MDAs also gave way to manipulation such that dredging firms found that their registration requests were more likely to be favoured or ‘approved’ if they had a son-of-the-soil or other Yoruba elite as a member of their company directors, a situation that persists. It began to be said that sand is the crude oil of Lagos and the state government should not leave it to all comers, meaning non-indigenes.

Meanwhile, the NIWA and MMSD did not take these aversions lightly. As early as 2007, during the administration of President Musa Yaradua, NIWA contended with the aberration. Lagos was the only state which carried out the said revocation of the NIWA law among all the states of the federation. Working with its supervising ministry, the Federal Ministry of Transport, NIWA approached the courts on the instruction of the Federal Government and, reportedly, the case ended up at the Supreme Court. No ruling from that apex court has been handed down so far.

Nevertheless, the Lagos MDAs initially operated on rogue basis, with its top officials sealing dredging sites for personal aggrandizement. In the case of Glossands Nigeria Ltd, for example, an estimated stockpile of 500,000 m3 which it pumped at its site in Ikorodu was sold by officials of MWID in 2009 and the money misappropriated. Members of the Enforcement Task Force also indulged in assorted malfeasances, including extortion of dredge operators using the security officials attached to the team. Later, it became widely known that the missions were illicit. Thus, one operator, when he was arrested by the LASWA enforcement team for not complying with their many requirements, discretely phoned the NIWA office. Before the arrest team could bring them to the Falomo Jetty office of LASWA, the NIWA enforcement team had arrived there, and waited for them. When the supposed LASWA enforcement officers saw them from afar, they jumped down from the Hilux pickup van and ran away. The LASWA office denied that they sent the men to do the arrest.

Another time, enforcement officials claimed that they were from the Lagos State Ministry of Environment to arrest another operator and his workers a site in Agbara. When he complained later to the NIWA and the NIWA Police went to the Ministry to clarify who authorized the arrest, the Permanent Secretary denied that any arrest team was sent from his office. Thus, it is widely known in the industry that the Lagos Government agencies’ arrest and harassment squads illegally constituted enforcement officers who operated on opaque or pseudo authority. They hardly stood up to confrontation with the NIWA Police formation.
Moreover, the environmental impact assessment (EIA) requirement was turned into a racket by MDAs in Lagos state. According to sources who spoke to DDH in confidence, the total financial implications to obtain an approved EIA from the Ministry of Environment total N3m, mostly made up of tips and demands to the responsible officials without which they would not sign the essential document. If any other EIA is submitted from even the best engineering firm, it would be faulted as not in compliance with the preferred format.

As at press time, the matter is yet to be finally sorted out between the federal and state MDAs and operators try their best to play along with both sides for the safety and security of their operations.

Why Lagos Governor Banned Sand Mining in the State

Oversight at the Lagos House: