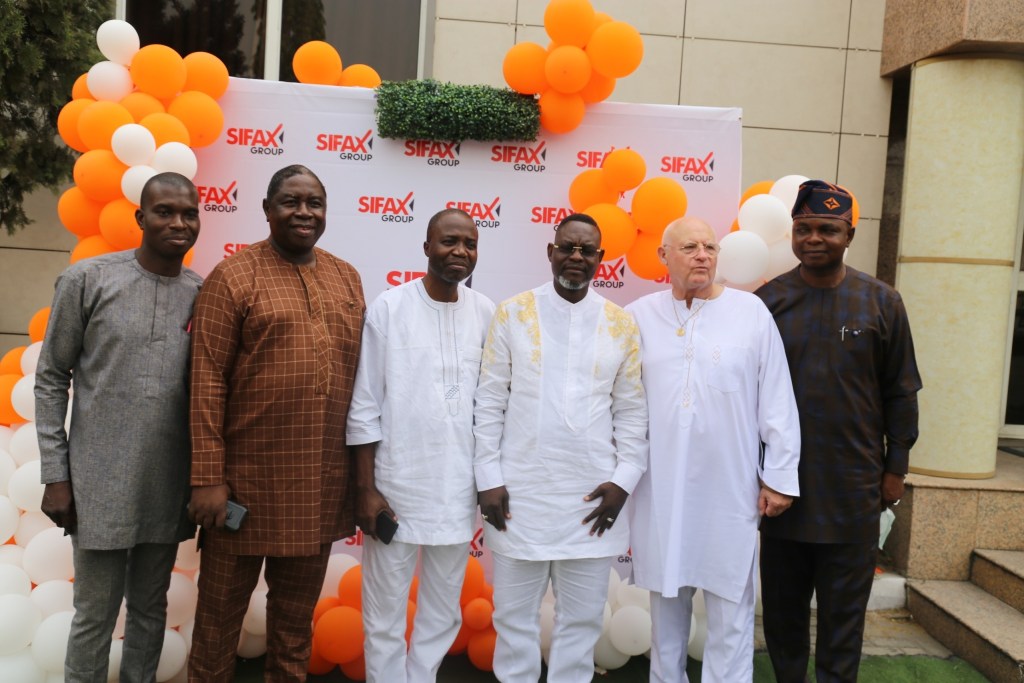 While 39 were rewarded for 15 years of service, the rest were honoured for having served the Group for 10 years.

Each awardee was presented a certificate of recognition, an award plaque as well as a financial reward.

In his goodwill message, the Group Executive Vice Chairman of the SIFAX Group, Dr. Taiwo Afolabi, who presented the awards, thanked the awardees for their valuable contribution to the growth of the company.

He said that, “I must salute your courage, commitment, loyalty and dedication. Without a doubt, you have all contributed immensely to the growth of the company in your different capacities. You have not only run with the vision of the organisation, but also, in the process, inspire others to give their best.

“Many of today’s awardees joined the company when we were at 41, Calcutta Street, Apapa. It was a small office that we all had to share. We then moved to 54, Warehouse Road, Apapa, which is the present site of our head office and we began expanding gradually. I am particularly excited that you have found a home in SIFAX Group, hence, staying this long. I thank you for your unwavering belief in the SIFAX Group dream and for playing a key role in its fulfillment. ”

Responding on behalf of the 15-year awardees, Barrister Ezekiel Ajewole, ED/SSA to the GEVC, lauded the company for the honour.

According to him, “I am not surprised that many of us who started about fifteen years ago are still here today. This shows that the company is doing something right to retain its staff. We thank Dr. Taiwo Afolabi for his support over the years”.

Mr. Jenkins, the Managing Director, Ports & Cargo Handling Services Limited, who spoke on behalf of the 10-year awardees, said the honour would spur the staff to do more.

He said that “SIFAX Group is a company that allows all its staff the opportunity to grow and master their crafts. This is why we have a low level of staff turnover. I am happy to have spent ten years here and we want to assure that we will continue to give our best.”