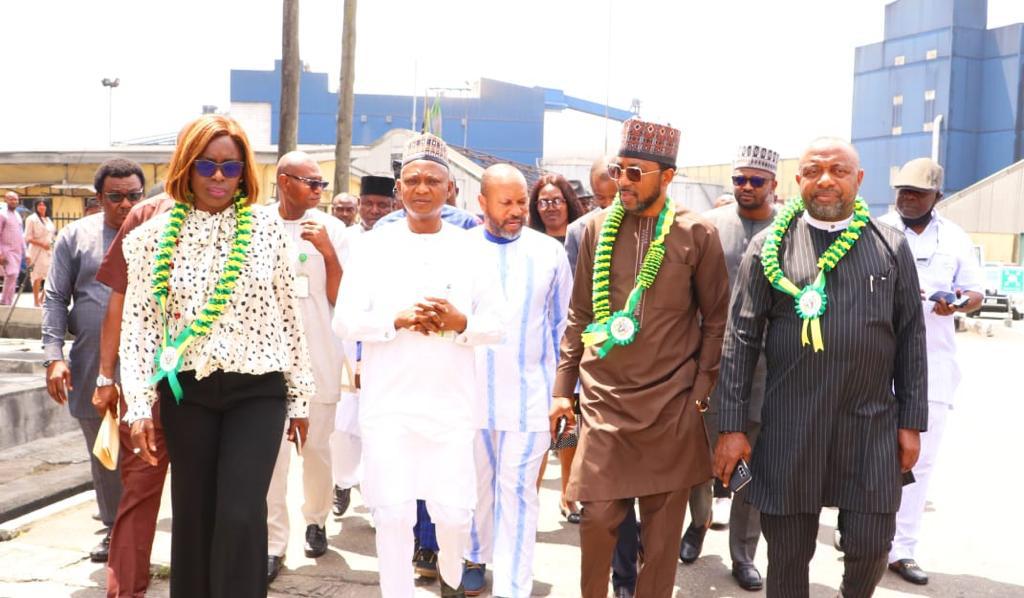 The Nigerian Ports Authority (NPA) plans to increase tariff relief by as much as 30 percent for service providers as part of a multi-pronged approach to attract more vessel and cargo traffic to the Eastern ports, according to a press release from the Authority.

NPA’s Managing Director, Mohammed Bello Koko, dropped the good news while addressing a stakeholders’ forum held on Thursday, 4th August 2022, while on an assessment tour of facilities in Port Harcourt and Onne Ports.

He was accompanied by NPA’s management team and senior officers.

Bello Koko explained that the proposed move is being considered to address observed failures with a previous concession of 10 percent rebate which did yield the desired result, as shipping traffic to the ports did not improve.

According to him, terminal operators at the Eastern ports had sought the increased rebates which would not be granted without conditions, stressing that the tariff relief will be based on the commensurate impact on cargo and vessel traffic.

In his words, “Some years ago, we have provided tariff discounts, a kind of rebate, but that didn’t bring the expected impact on traffic into the port. We are reviewing the request from the terminal operators for a 30 percent discount but we need to make it clear that we won’t just give a rebate without some conditions.

“Discussions have started, it might be lower or higher than 30 percent, we also will adopt a timeline. For instance, we might say this relief is for a year and let’s see the impact. We wouldn’t want to give a tariff discount to a terminal operator, who, for instance, brings in four vessels in a month and even with the rebate, he still brings in the same four or even fewer vessels. That is not what we want”.

“We want to see increased activities at the ports and we want to encourage more cargo coming to the Eastern ports. Some of the terminals are now involved in the processing of exports, which is very key and important for us as an Authority, it is also necessary for Nigeria to export more agro-products and locally produced goods, these are part of the things that will guide the amount of tariff relief we give to our terminal operators”.

“Most of the ports in the East, their problem is the draught of the channel and that is what we are looking at. It is not just to reconstruct the quays, we also need to dredge deeper so that bigger vessels can come in and the economy of scale will set in and then you will be able to attract more cargo volumes.

We are beginning to see increased activities in Onne and we are determined to replicate this in other ports along the Eastern corridor.”

Speaking on his observations during the tour, Bello Koko commended Ports and Terminals Limited (PTOL) and BUA Terminal Limited, operating at the Port Harcourt port, for their commitment towards rehabilitating the superstructure at their terminals.

“One of the operators, PTOL, has a development plan which involves bringing down some of the sheds, removing stacking areas, thereby creating more space to handle more cargo. We came to look at that and to discuss further with them. They have some collapsed berths and we are discussing how to rehabilitate that so that we have more vessels to berth at this port”.

He however expressed concern with BUA Terminal Limited on its slow pace of work, having been granted approval by the NPA to commence work on the collapsed quays within its terminal.

“We also looked at the BUA part of the berth and I think we have berths 5-8 that have collapsed. Some of these berths were built in the 1920s and they have really decayed and we have to decommission some of the berths. The agreement is for BUA to reconstruct some of these berths. We have given them approval for the final design which the company has submitted and we expect construction should resume very soon.

“We are urging the terminal operator to increase the pace at which they are carrying on these repairs. We have expected that the reconstruction should have started few months ago, but it hasn’t. We understand the need to plan properly and now that planning is over and we expect they should resume reconstruction on these berths soon.

“We also came to look at the dockyard. The dockyard is an integral and  important part of the port ecosystem where vessels are docked for repairs, but you can see it is dilapidated. We are considering either to find private investors to invest in the dockyard or the NPA to take up that responsibility to rehabilitate the finger jetty and get the berth to work”, he concluded.