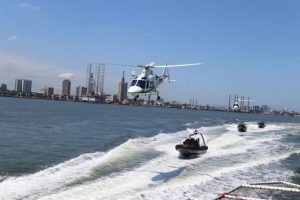 The International Maritime Bureau (IMB) has given credence to Nigeria’s efforts to combat piracy in the Gulf of Guinea (GoG) using the Integrated National Security and Waterways Protection Infrastructure, also known as Deep Blue Project.

A release by Nigerian Maritime Administration and Safety Agency (NIMASA) said the IMB Q2 2021 report showed global reduction of piracy in 27 years in Nigeria and the GoG region.

“Also, the number of kidnapped crew in the region also declined from 50 in the last quarter of 2020 to 10 in the second quarter of 2021. Whilst IMB welcomes reduced piracy and armed robbery activity in the Gulf of Guinea, Michael Howlett a Director at IMB commended efforts by the Federal Government of Nigeria to tackle the challenge of piracy in the region, adding that reporting all incidents to the Regional Authorities and IMB PRC will ensure seafarers maintain pressure against pirates.

“Bringing together maritime response authorities through initiatives – like Nigeria’s Deep Blue Project and Gulf of Guinea Maritime Collaboration Forum – will continue and strengthen knowledge sharing channels and reduce risk to seafarers in the region” he said.

Reacting to the report the Director General of NIMASA, Dr. Bashir Jamoh described the IMB report as a welcome development and gave the assurance that the Agency would not rest on its oars in ensuring zero tolerance for piracy in the Nigerian waters and the Gulf of Guinea. 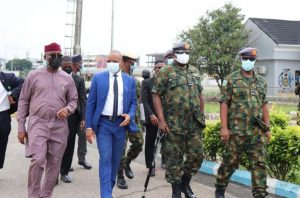