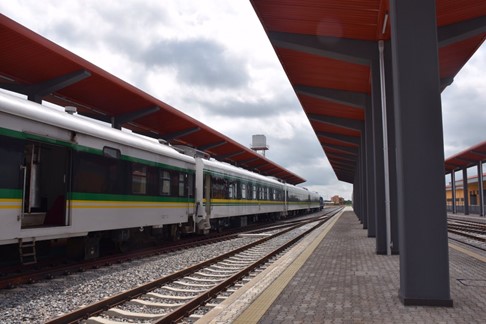 The committee, to be chaired by the Minister of State for Transportation, Senator Gbemisola Saraki, was mandated to study and make recommendations for the unbundling of NRC into four separate companies namely: operations, infrastructure management, regulations, and marketing.

It was gathered that Saraki has been a tested infrastructure and logistics professional long before her ministerial appointment.

The Minister of Transportation, Rotimi Amaechi had in 2018 hinted that he was into talks with NRC Managing Director to set up a team for unbundling the corporation, as it would enhance its service delivery.

He said: “… I discussed with the managing director that there is the need to break Nigerian Railway Corporation into three: one that owns the assets – the tracks – and oversees maintenance of the tracks and all railway assets and then one that operates. So, you have the Nigerian Railway Corporation that does the running of passenger trains and all that. Then you have one that does marketing and all that.”

While stakeholders have been advocating the need to unbundle NRC into specialised companies, they had stressed the need to allow the Bureau of Public Enterprise (BPE) to take the lead in the unbundling process.

Reacting to the development, the Chief Executive Officer, Bethlehem Rail, London, Mr. Roland Ataguba, said it is not in the ministry’s place to unbundle the corporation; rather, the BPE, whose job under the law is to restructure public enterprises, should handle it.

He said: “With the best will in the world, a patient is unlikely to perform surgery on itself successfully. It will always err on the side of least pain. This would be the second time HMT is setting up a committee “to unbundle” the NRC. The good news is that whatever they come up with has to go to the National Assembly for legislation. We will meet them there.”

Efforts to break the NRC into segments had failed in the past, and the current approach by the Buhari administration is adjudged by professionals to be a smart move to fast-track the reform process.