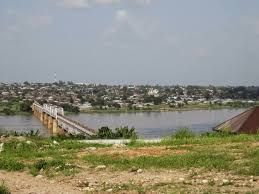 The N34 billion contract reportedly awarded for the dredging of the River Benue may be a total waste after all, going by feasibility studies already submitted to the Federal Ministry of Transport (FMOT).
The Minister of Transportation, Mr. Chibuike Amaechi, had told the Senate Committee on Marine Transport during the 2017 budget defense of his ministry in February that the River Benue dredging contract has been awarded pending mobilization for the contractor to deploy to site.
However, information available to DDH Magazine reveals that the feasibility report was submitted to Amaechi’s predecessor at FMOT, Senator Idris Umar, before the hand-over of power by the Goodluck Jonathan administration in 2015.
The study which was part of the 25-Year Water Transport Master Plan produced by Royal Haskoning on behalf of the Federal Government detailed the drawbacks of the project including the multiplicity of rock outcrops in the river that would frustrate any deepening and widening campaigns.
DDH sources, who craved anonymity because they did not want their names in print, were part of the study group which produced the report.
According to them, the Benue Farmers’ Association were consulted during the fact-finding, it was discovered that the total quantity of their export products, per se, did not justify the huge cost of capital and maintenance dredging campaigns on the river.
The Benue State Chamber of Commerce collated their farm production figures for yams, sorghum, groundnut, sesame seed and fruits and it was discovered that these did not offer significant promise of steady month-on-month traffic for sustained commercial haulage operations on the Benue river to the markets in the south-south, south-east and south-west parts of the country.
Even Benue Links, the state-owned mass transit company, which was approached with a proposal to buy ferries for daily intra and inter-state runs on the river, declined the offer for lack of finance.
Instead, the company suggested that the federal government should provide them loans to acquire modern boats and ferries if it wanted them to patronize the Benue River for ferry services.
Lastly, the major industrial outfit in the vicinity, the Benue Cement Company which was bought over by Dangote Cement, when asked if it could utilize the waterway for shipping its product down south to Oturkpo, Onitsha, Warri, Port Harcourt and the south-south locations, also explained that the cement plant in the area was programmed to supply products to Jos, Bauchi, Yola and Maiduguri axes of the national market.
To worsen matters, according to the source, the problem of the rock outcrops along the River Benue was humongous to contemplate as the two rock outcrops which reared up at the River Niger channel could not be blasted due to the billions of Naira required, how much more the countless rock outcrops which have been identified along the Benue.
Thus, the Royal Haskoning rightly advised the federal government against the project.
However, the contract for the project was awarded reportedly based on political considerations and influence-peddling by the contractors who were close to the powers-that-be and the powerful Niger Delta militant, Government Ekpemepulo, alias Tompolo.
Since the award of the contract however, the lack of mobilization fees seemed to have discouraged the contractor from mobilizing to site.
Initial feelers from the Buhari Presidency indicated that the project was not favoured by the new government until the new announcement by the Amaechi that the project’s contract is on course.
DDH gathered from industry sources that with the news making the rounds that the dredging contract is being financed, other contractors such as Dredging International and Van Oord which were owed billions of Naira for work done in past dredging campaigns on the River Niger would likely sue the Federal Government to enforce payment of their proven debts.