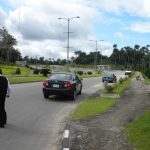 Governor Liyel Imoke of Cross River State has called for a review of the legislation on the operation of the Calabar Free Trade Zone, Calabar Free Port and Tinapa Business Resort for the realisation of their economic benefits.

While receiving members of the Presidential Committee on Waivers, Concessions and Incentives, led by Senator Udoma Udo Udoma on a courtesy call, in Calabar, Imoke noted that lack of proper legislations and gazette on the operations of the different zones located in Calabar have crippled their operations and created conflict of interests between the supervisory ministries.

According to Imoke, Calabar Free Trade Zone had been moribund since inception until 1999, when government introduced an aggressive drive to make it what it should be, saying that their legislation be reviewed to make them realisable since the current federal government policies have crippled those zones. Imoke stated that the laws establishing the zones are outdated and as such have created conflicts between the offices of the Ministers of Commerce and that of Finance as its processes are cumbersome, while the status of the Calabar Port as a Free Port is not recognised by the Customs.

On Tinapa, Imoke said, it was given Free Trade Zone status, but its policy and control fall exclusively to the federal government with the state at its mercy, adding that the challenge was that it could not be open because the state did not know how it could operate as a free trade zone as investors would want to know much about Customs, Immigration and Inland Revenue policies.

He averred that for the Federal Government to achieve its vision of being one of the 20 largest economies by 2020, there was need to look critically at the current system, hoping that the committee was different from the previous ones and its recommendations abided by the federal government.

Over N450 billion was spent on the construction, repairs and rehabilitation of federal highways during the eight years of the immediate past administration of President Olusegun Obasanjo.

Minister of Transportation, Mrs. Diezani Allison-Madueke, who disclosed this during the National Council on Works held at Royal Tropicana Hotel, Kano, regretted that in spite of the enormous resources committed over the years to construction, rehabilitation and maintenance of our roads, it is sad to note that the nation’s road condition continues to deteriorate unabated.

She recalled that, “from 1976 to 1998, the Federal Government spent over N25 billion to build and maintain the Federal Roads network which is about 34,340km”.

“In addition, from the inception of the civilian administration in 1999 to 2006, a total sum of about N450 billion has been spent on the construction and rehabilitation of roads and bridges. A total of 117 road and bridge projects of about 4,748km have been completed while 118 road and bridge projects covering a total length of 6,447km are currently on-going, and are at various stages of completion although with serious funding constraints”, she said.

“As mentioned earlier despite the major resources invested in the road sector over the past few years, the conditions of our roads have continued to deteriorate. The heavy reliance on the roads as a better alternative to other means of transport (rail and water), a weak regulatory environment and unreliable and unsustainable sources of funding for road construction, rehabilitation, and maintenance, have resulted in the continuous deterioration of the condition of the Federal Roads Network”, she concluded.